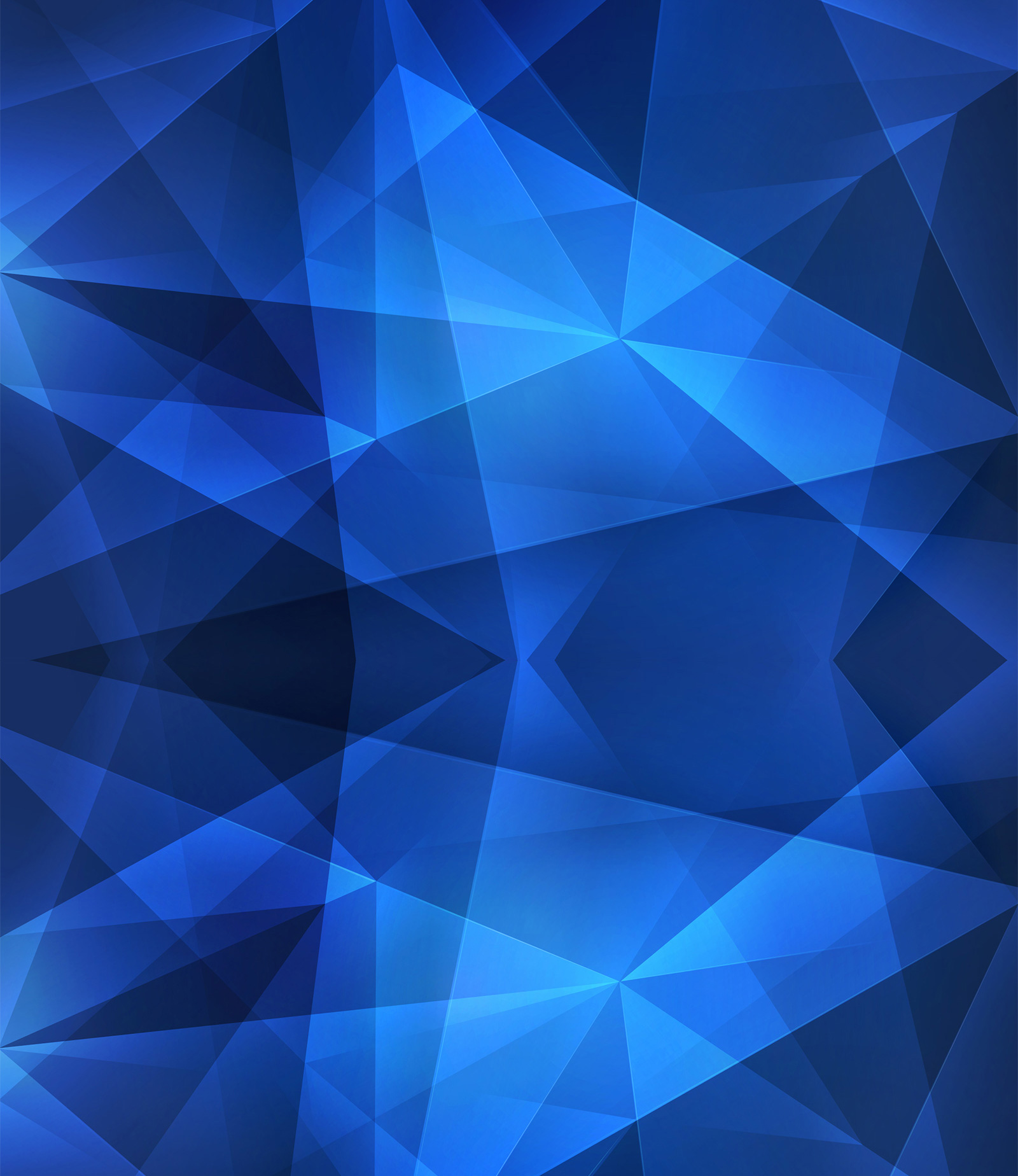 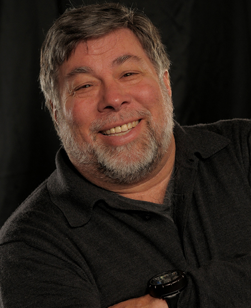 A Silicon Valley icon and philanthropist for more than thirty years, Steve Wozniak has helped shape the computing industry with his design of Apple’s first line of products the Apple I and II and influenced the popular Macintosh. In 1976, Wozniak and Steve Jobs founded Apple Computer Inc. with Wozniak’s Apple I personal computer. The following year, he introduced his Apple II personal computer, featuring a central processing unit, a keyboard, color graphics, and a floppy disk drive. The Apple II was integral in launching the personal computer industry. Wozniak is Chief Scientist at Primary Data and is a published author with the release of his New York Times best selling autobiography, iWoz: From Computer Geek to Cult Icon by Norton Publishing. His television appearances include reality shows Kathy Griffin: My Life on the D-List, ABC’s Dancing with the Stars and The Big Bang Theory. In 2014, he was awarded the Hoover Medal, a prestigious honor given for “outstanding extra-career services by engineers to humanity,” and was inducted into the IndustryWeek Manufacturing Hall of Fame. 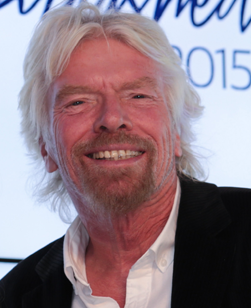 Sir Richard Branson is the founder of Virgin Group. At just 16 Sir Richard founded his first business a magazine called Student. A mail-order record business followed, leading to a chain of record stores which later became the world famous Virgin Megastores. The Virgin brand grew rapidly in the 1980s with the creation of Virgin Atlantic, alongside expansion of the Virgin Records music label. Since 1999 he has developed a number of mobile phone businesses around the world, two successful airlines in Australia and America and a world leading health club chain Virgin Active. Branson is currently focused on Virgin Galactic, a ground breaking commercial spaceflight company which will launch space flights for a new market of ‘space tourists’. 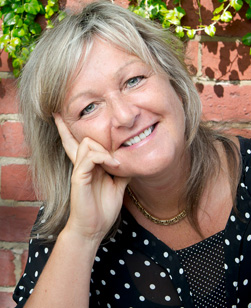 Jane is an innovator with a global reputation for inspiring individuals and organisations to work together for positive social change.  She is ever curious and drawn to the humanity and courage of people doing it tough. To date, Jane has founded five charities, all of which are flourishing today.  She is known for lateral thinking and creative initiatives including Comic Relief (Red Nose Day) in the UK, which has raised over a billion pounds and best-selling books including Dying to Know – bringing death to life. Jane has sat on a variety of boards including Oxfam, The Reichstein Foundation and The St James Ethics Centre, was on The Diana Princess of Wales Memorial Committee and is currently Vice Chair of Virgin Unite and Non-Executive Director of Talent International. Love brought her to Australia in 2000 and she is proud mother of Sarah, Charlie and Sam. 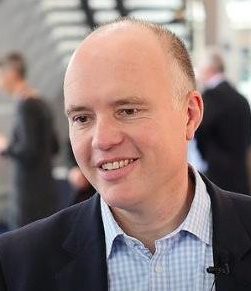 In April 2016 Liam was appointed as the UK’s first National Technology Adviser tasked with expanding the government’s relationships with the digital and technology industry and boosting the UK’s digital economy.

Before that Liam was Chief Technology Officer for the UK Government. His teams at the Government Digital Service established delivered a range of projects which helped to save £3.5bn in the last four years of the 2010 parliament. 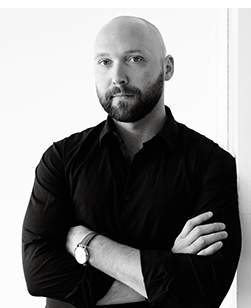 Rob is renowned for co-founding Makers Academy in 2012, Europe’s largest coding bootcamp. Now Rob is the Managing Director of Techstars Berlin Accelerator. Before taking on the post in Berlin he was the MD for Techstars METRO, where he successfully led the world’s first hospitality and food tech accelerator. 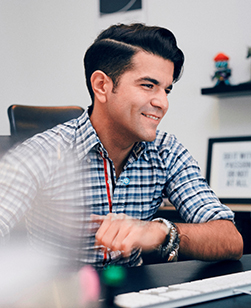 Khaled is one of Europe’s leading authorities on investments in the technology space, spending 3 years leading an international private equity firm, where he monitored trends and invested in technology from 2009 until May 2012. His personal investments include transportation network giant Uber back in 2010. Until recently Khaled was Managing Director of Bigpoint, one of the world´s leading online game developers. 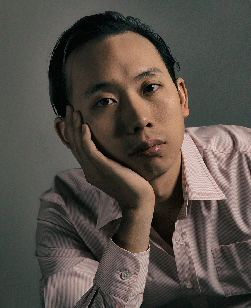 Vincent is Head of Product at European fashion and technology giant Zalando. The company’s innovative use of technology, ecommerce and design has catapulted them to astonishing levels of growth since their launch in 2008. They currently have 11,000 employees and revenue of over €3 billion. Vincent has played an integral role in this success. Away from Zalando, Vincent is also a mentor at The Founders Institute, the world’s premier idea-stage accelerator and startup launch program. 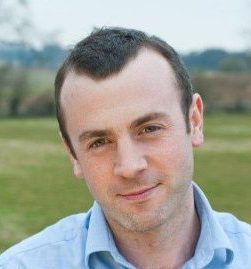 Stephen founded OVO Energy in 2009, with a view to disrupting the energy market by harnessing innovative technology to make managing your energy easier. Today,  OVO are one of UK’s largest energy providers serving over 685,000 customers and employing over 1,200 people. The company is renowned for it’s forward-thinking and it’s environmental work. In 2014 Stephen won Entrepreneur of the Year at the National Business Awards. 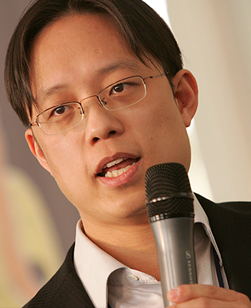 A technology entrepreneur/investor based in Hong Kong, Yat Siu is the Founder and CEO of Outblaze, a conglomerate specialising in cloud, gaming, and smartphone software. Yat began his career at Atari Germany in 1990. In 1995 he moved to Hong Kong to establish Hong Kong Cybercity/Freenation, the first Asian free webpage and email provider. In 1998 he set up Outblaze, an award-winning pioneer of multilingual white label web services. In 2009, he sold Outblaze’s services business to IBM, allowing Outblaze to focus on digital entertainment. Yat is a director for TurnOut Ventures, a partnership between Outblaze and Turner Entertainment that brought to prominence the hugely popular emoticon character Tuzki. He is co-founder and director of mobile developer and publisher Animoca, and of its ASX-listed spin-off Animoca Brands. He founded ThinkBlaze, the research arm of Outblaze, investigating socially meaningful issues in technology. He has earned numerous accolades, including ‘Global Leader of Tomorrow’ at the World Economic Forum, and Young Entrepreneur of the Year at the DHL/SCMP Awards. A classically trained musician, Yat is a member of the advisory board of BAFTA (British Academy of Film and Television Arts) and a director of the Asian Youth Orchestra. 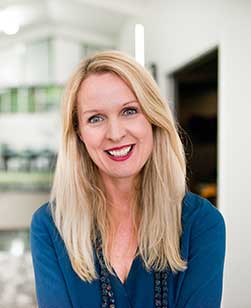 Frances Valintine is a thought-leader in emerging and disruptive technologies and has 20 years’ experience across business, technology and education. In 2013 Frances founded The Mind Lab by Unitec to bring contemporary knowledge and practical skills to students and teachers around New Zealand. In 2014, Frances entered The Mind Lab into the Unleashed Awards and winning the ‘Best Start Up’ category. Then, in 2016, she launched Tech Futures Lab to navigate the new world of technology enabled businesses, as exponential technologies impact on every role, every sector and every economy. Frances has worked with and advised 200+ organisations from every sector in New Zealand, from agriculture to finance, retail to law, and has gained a reputation as an expert futurist. Frances was named one of the top 3 NZ Innovators of the Year at the 2017 New Zealander of the Year awards and last year was awarded a Sir Peter Blake Leader Award. In 2015 Frances was awarded the Westpac New Zealand Woman of Influence (Innovation) and the Next New Zealand Woman of the Year (Education). Frances sits on the boards of Callaghan Innovation and KEA. She also sits on a US Board of Talentnomics, committed to the empowerment of women in developing nations. She holds a Master of Education Management from the University of Melbourne. 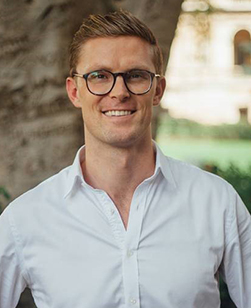 Chris has a professional background in investment banking and management consulting and has a strong passion for digital disruption in the fin-tech space. Chris is currently the founder of online investment platform Equitise – Australia and New Zealand’s largest and most successful Equity Crowdfunding business which he launched to improve the flow of capital to innovative companies in the ASEAN region. Chris has been awarded for his achievements in the startup space being named in Forbes 30 Under 30 in 2016 and representing Australia in the European Ernst & Young Accelerating Entrepreneurship program. Chris is currently a director of the Crowdfunding Institute of Australia (CFIA). 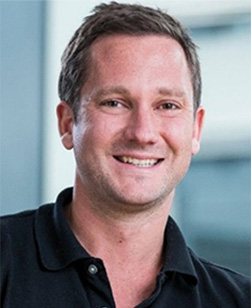 Dan is the founder of International Volunteer HQ, the world’s leading volunteer travel company. A young, disruptive entrepreneur with a global mind-set, Dan is the prototype of what the next generation of entrepreneurs will aspire to. Established in 30 countries IVHQ is the world’s leading volunteer travel company, providing responsible, affordable volunteer programs in countries including Kenya, Thailand, Nepal, Peru, China, Morocco, Bali and Madagascar. IVHQ is having a positive social and economic impact on communities around the world and changing the lives of millions with over 60,000 volunteers having dedicated more than four million hours of community service in areas of Teaching, Childcare, Community Development, Medical, Construction and Wildlife Conservation. In recognition of his achievements, and the impact of IVHQ, Dan has received numerous awards including the 2014 Ernst Young New Zealand Entrepreneur of the Year. 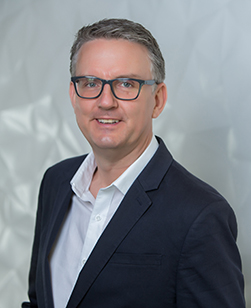 Matt Tindale is the Country Manager for LinkedIn in Australia and New Zealand and also serves as Head of Enterprise for LinkedIn Marketing Solutions in the Asia Pacific region. He is responsible for driving LinkedIn’s business and member growth, talent development and championing LinkedIn’s culture and values. Matt is a senior executive with a solid track record in leading businesses by driving growth and building high performance teams. His experience spans Digital, Ad-Tech, Social and Mobile. He joined LinkedIn in 2013 and has been an active contributor to the “LinkedIn for Good” initiative that supports charitable causes and is an advocate for diversity, inclusion and belonging within LinkedIn and the industry.